At that time the archaeological investigation was also begun, with the complete stratigraphic reading of the walls, interior and exterior, and the opening of two excavation areas, one in the ambulatory that was not completed in order to wait for coordination with the excavation of the whole chevet, which has since been carried out, and another in the section adjacent to the area below the choir loft, where the poor constructive quality of the foundations of the nave pillars could be seen.

Later, between 2001 and 2002, the complete nave hall was excavated, uncovering the poor generalized state of the foundations, as well as the remains of previous constructions, the early medieval wall with the attached church inside the walls, remnants of foundations of cabins made of wood and other elements.

And between 2003 and 2007 the entire chevet of the Cathedral was excavated, which uncovered some very interesting building remains corresponding to the city’s defence system in the 12th century, which was made of a system of walls, moats and watchtowers probably of Navarrese construction, built prior to the Castilian conquest and the construction of the new fortress church that is today the Cathedral.

As usual, all these excavations have also resulted in the exhumation of human remains from very different eras, which after proper study, are providing invaluable information about the settlement of Vitoria from the early Middle Ages until well into the modern age. 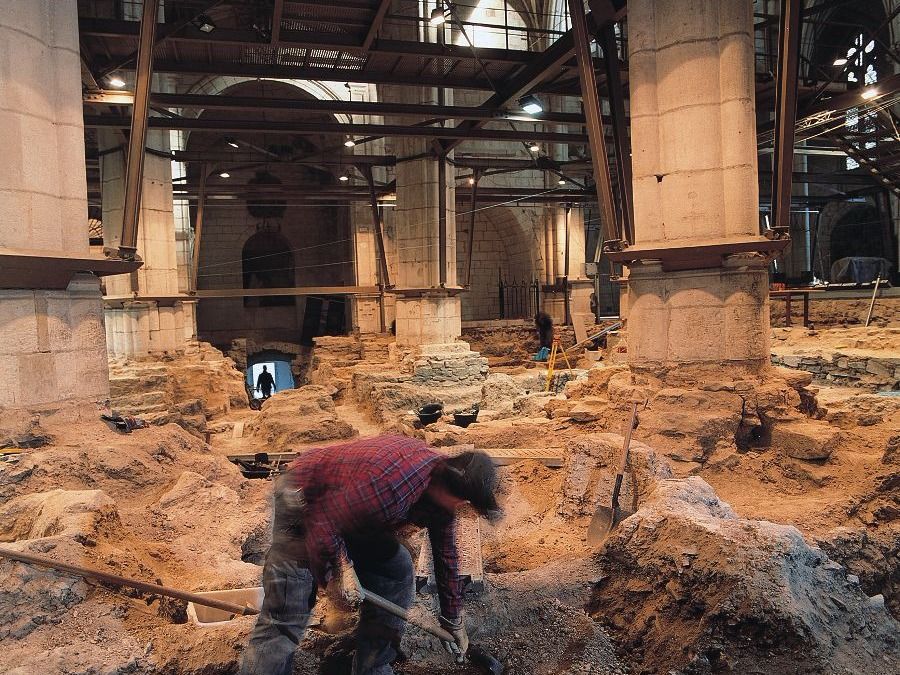