This process began back in 1997, during the drafting of the Master Plan, with initial repair works on the roofs, which were badly damaged at that time causing it to “rain” inside the Cathedral due to the accumulation of water from leaks to the spandrels of the vaults which filtered through the seals.

The repair work consisted of three main tasks: preventive reinforcement of the nodes of the trusses of the central roof, with the shoring of some poorly supported points; retiling and repair of the ridges and gutters, accompanied by the placement of a lifeline in the eaves to allow subsequent maintenance tasks, which have indeed been carried out frequently; and a modification of the system for the conduction and evacuation of rainwater form the Cathedral to the public sewage system. 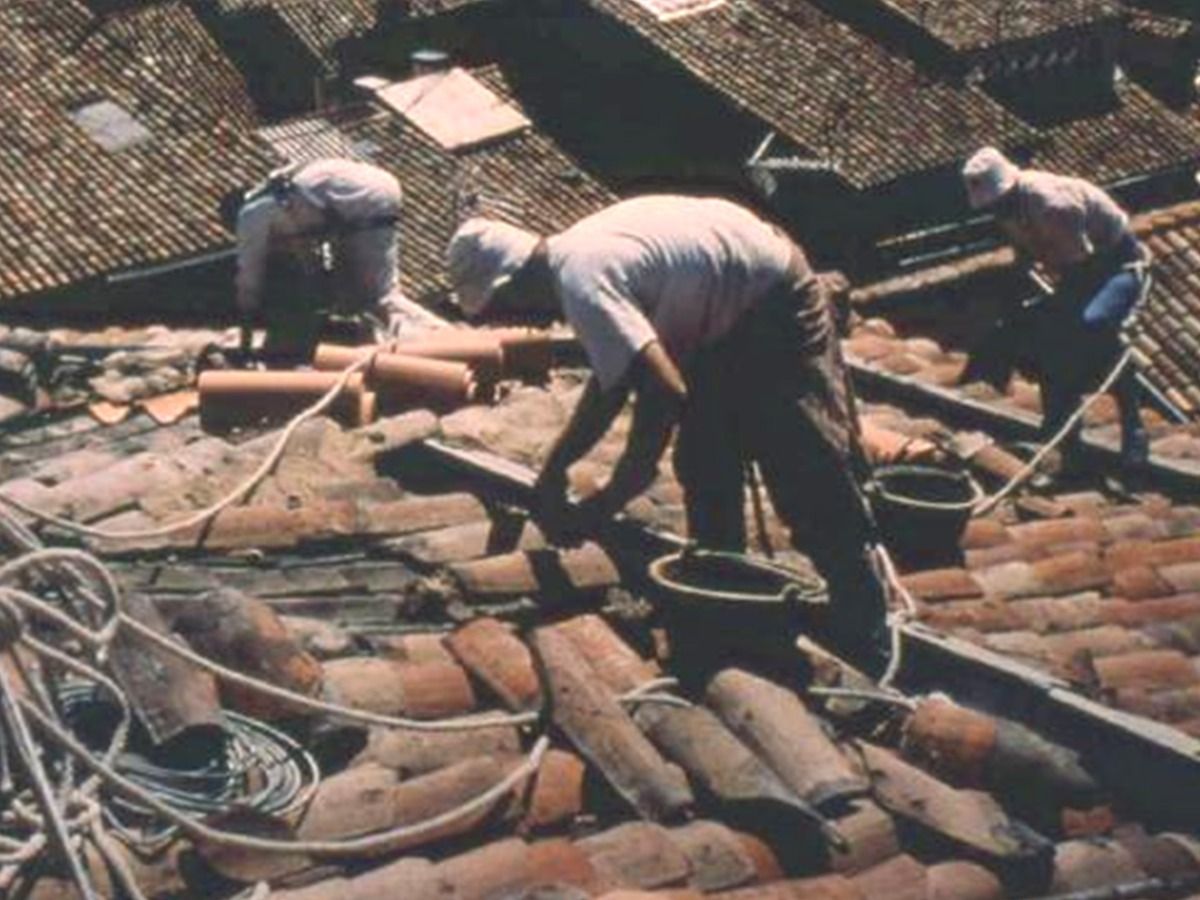